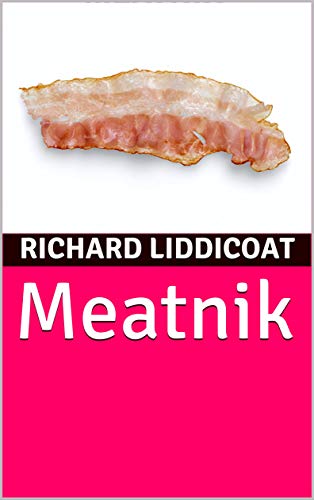 Buy on Amazon.com in kindle format.
Read on any device with the kindle app.

Meatnik is something I have been working on for a while. It’s a pulpy, schlocky tale set in the future. Meat is a thing of the past. The drug market is controlled by the government. The lucrative black market trade is now human cells, as cartels try to put meat back on the menu.

Durn is a muso, who drops a few cells on the side. At band practice, he gets a call – and gets shot at.

Little does he know people have been watching his drops, checking out his DNA. Turns out he could be the person who could solve the missing meat link.

What follows is an entertaining, gripping and comedic adventure into cow smuggling, danger, and DNA deals.

Turns out Shayne Carter knows quite a lot of dead people. Some he knew well, others were at more of a distance, but they all made it into this book, which he locked himself up in Aramoana to write.*

But don’t worry – this isn’t a dirge or a eulogy parade. There’s plenty of verve and hilarity.

And all that is the backdrop for the more interesting story – which is mostly about survival. Battling the drink and the New Zealand way (you’re good but not that good). Dealing with and not dealing with the cards life deals you. Mental health, people being shitty to each other. These are the gritty experiences that become musical pearls.

And the music! The performances, the personalities. The highs and lows of a creative career; performances to remember, awards nights to forget. The bigger the successes, the lower the not successes seem. Driven to LA airport in a stretch limo; going on the dole the next week. It’s all written up in a beautifully authentic and honest style.

It’s a great read. I would have liked more about how the songs were written; perhaps a little doco accompaniment – some samples of the song and talking about the writing process. A greatest hits from his point of view, with commentary or sheet music.

Perhaps that’s the next project?

*Thanks to Mike for the gift.